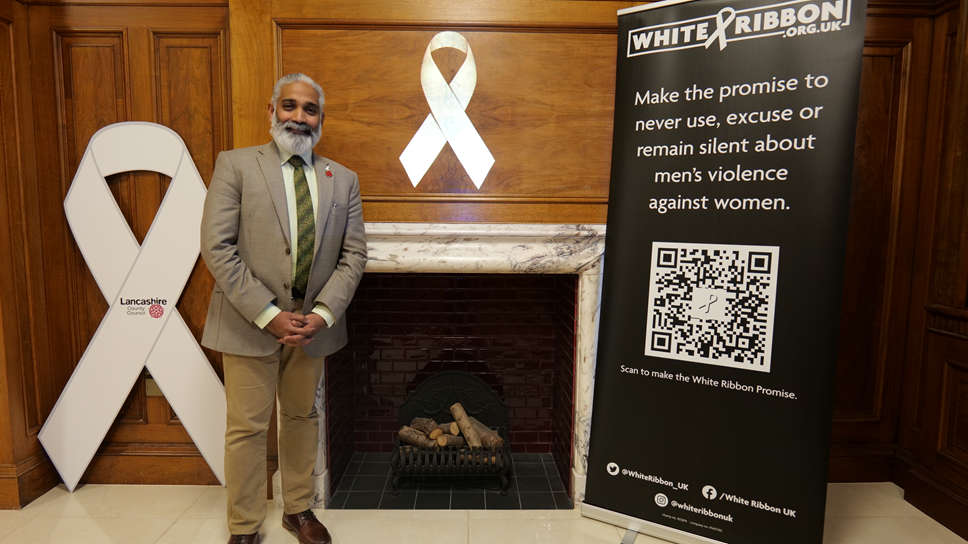 Today marks National White Ribbon Day, with Blackpool supporting the campaign by hosting activities across the town to raise awareness of violence towards women and girls.

From today until Saturday 10 December there will be events happening in Blackpool to spread the White Ribbon message and call for changes at an international, national and local level to end violence against women and girls.

This evening and on 10 December, the tower will be lit up in white to honour the White Ribbon Campaign against domestic abuse. The Winter Gardens will also be illuminated throughout the 16 days of action.

There will be White Ribbon Campaign displays and large white ribbons at libraries in Fleetwood, Freckleton, and St Annes.

Visitors to these venues will be able to pick up a white ribbon and sign up to the white ribbon promise by scanning the official QR code on their phone to support the campaign.

County Councillor Peter Buckley, cabinet member for community and cultural services, said: "Violence against women and girls can come in all forms, whether it's domestic abuse or attacks on the street. Displaying the White Ribbon is a clear sign that we won't stand for it.

"Since becoming the first White Ribbon Accredited county in 2017, we've proudly upheld the tradition of raising awareness for this important campaign, and we want the people of Lancashire to unite with us against all abuse.

"You can help us by wearing the white ribbon, signing the promise, or even just by raising awareness of the campaign."

White Ribbon Day 2022 falls during the same week as the FIFA men's World Cup begins. Uniting to raise further awareness during this time, local football clubs AFC Fylde, Blackpool and Fleetwood have confirmed their support for the White Ribbon Campaign.

Dr Sakthi Karunanithi, director of public health and White Ribbon Ambassador for the county council, added: "Approximately three women across England and Wales are murdered by men every week, and that needs to change.

"With the men's World Cup having started this week, now is more important than ever to raise awareness of abuse against women, and we as men must never remain silent. By supporting the White Ribbon Campaign, you'll play a crucial part in preventing and challenging the roots of all forms of abuse."